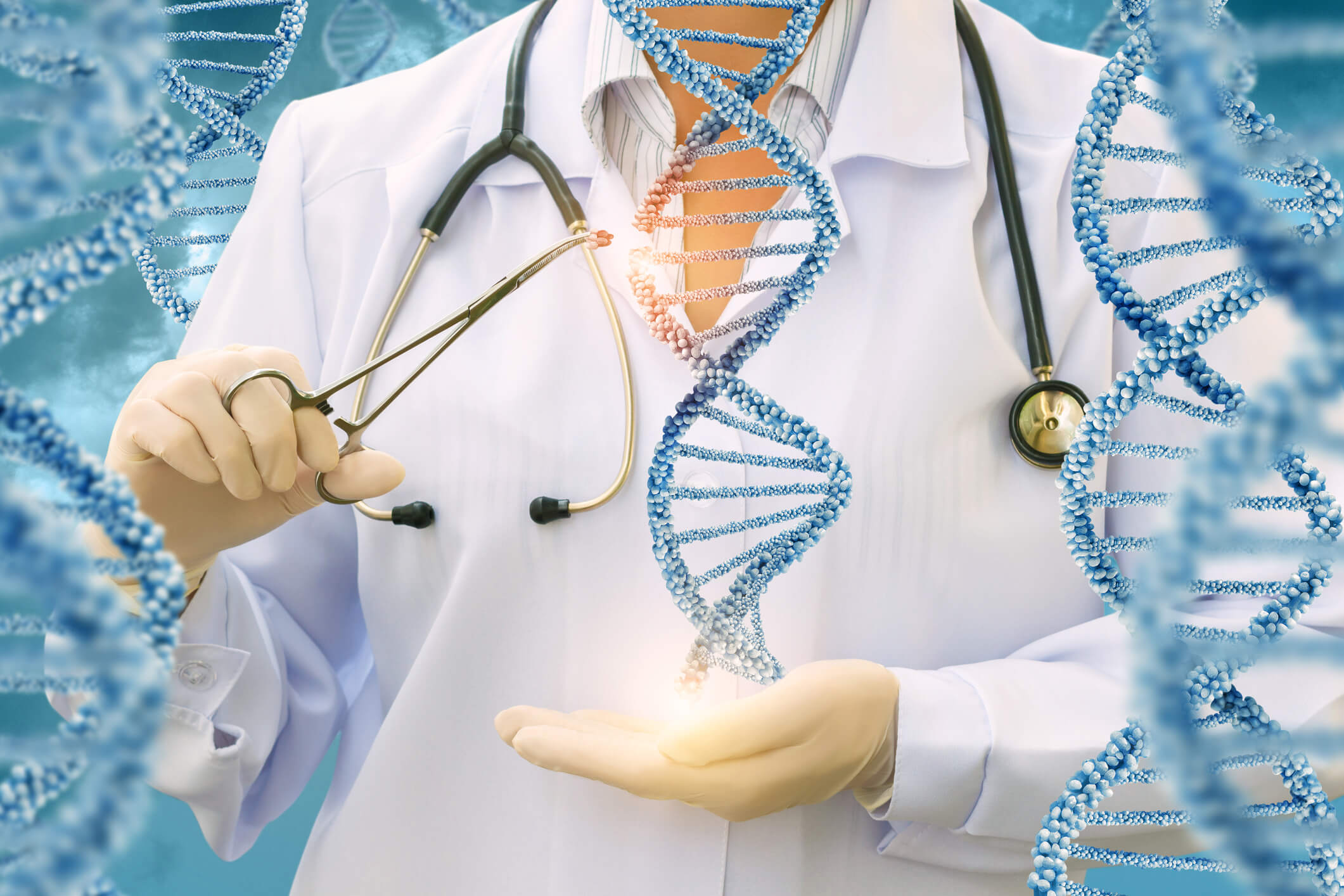 Earlier this week, He Jiankui, a professor at China’s Southern University of Science and Technology and entrepreneur with ties to 6 biotech and venture capital firms in China, announced that he had created the world’s first gene-edited babies. He leveraged CRISPR-Cas9 to edit in-vitro fertilization (IVF) embryos that were later implanted in live human subjects enrolled in a small clinical trial. He ran the study through Southern University and the Shenzhen HOME Women’s and Children’s Hospital.The scientific community’s response to Dr. He’s actions has been swift and strong, according to our life science market research. Marcy Darnovsky, executive director of the Center for Genetics and Society, has called the experiment "a grave abuse of human rights". NYU’s Arthur Caplan, a bioethicist, has criticized He’s work as “renegade, PR-driven science” driving us off an “ethical cliff”. Other CRISPR pundits have called He’s experiments “unconscionable” and “reckless” forays into gene editing, naively “waving a red flag in front of a bull”, referring to the precedent He has set for biohackers and other lone actors to defy collective efforts to restrict irreversible modification of the human genome.Leading into this week’s International Summit on Human Gene Editing, He’s experiment yields a couple key takeaways that may force accelerated action among the global scientific community:

While the International Summit has created some semblance of global consensus, oversight, and guidance regarding use of CRISPR, we still lack formal international and regional regulatory bodies with authority to implement and enforce policies

Over 20 countries legally prohibit human germline gene editing, while others indirectly restrict it through related policies and required regulatory approvals, such as in the U.S., or unenforced guidelines, as in China. Others maintain an ambiguous position on the legality of such experiments (e.g., Russia). Despite being some of the greatest skeptics of IVF in the 1980s and fiercest advocates against human reproductive cloning, Chinese regulators have failed to issue enforceable guidelines that effectively manage irresponsible gene editing.Amid the urgent and growing need to create enforceable policies regulating use of gene editing technologies, the scientific and bioethics communities remain divided on the appropriate scope and scale of CRISPR regulation. While many experts advocate for international governance, some believe local determination is essential in ensuring use of CRISPR that is both equitable and respectful of local needs, cultures, traditions, and beliefs. A hybrid approach may be feasible, wherein an international body broadly regulates what cannot be done with CRISPR, while national or local bodies may further regulate experiments that comply with international policy. Such an approach would respect local determination while allowing establishment of limited but fundamental control of global use by an international delegation of scientific, ethical, and regulatory experts with a common understanding of the boundaries of appropriate use given the efficacy, safety, and maturity of CRISPR technology.While creation of a gene editing-specific international body may be cumbersome (not to mention the associated policymaking and implementation), existing bodies (e.g., the Council for International Organizations of Medical Sciences) may be remodeled and reinforced to accommodate use management of CRISPR and other future technologies of global clinical significance. Stronger forms of academic and commercial "self-regulation”, especially in countries without explicit bans on germline editing, may further guard against irresponsible technology usage and lead to formalized national policies.

Whether basic restrictions on human germline editing are achieved through creation of a new international body, reinforcement of an existing one, or successful self-regulation by the scientific community – e.g., limiting funding and resource access or establishing enforcement and violation protocols – irresponsible use of CRISPR is still likely to occur. To mitigate such events, as well as unrepresentative governance, it is imperative that a wide array of perspectives regarding CRISPR advocacy are present in global discourse and policymaking. The discussion must be driven by both skeptics and advocates of germline editing.Although secondary to legislation and enforcement, greater inclusion of and respect for extreme advocate perspectives in global guideline and policymaking may help minimize irresponsible use of CRISPR. If provided a forum to preemptively and objectively debate the experimental limits of appropriate use, personal feedback network, and authentic sense of voice and agency, advocates like He might be more reluctant to privately test and push the limits of the public ethos. Chinese research institutions have drawn repeated criticism by the global scientific community for “premature” and “irresponsible” use of CRISPR (first in 2015, then in 2016). Without prohibitive legislation and adequate representation and agency in global discourse, professionals like He may see their actions as heroic, regardless of public backlash.“We hope to be a stand-out,” He’s team said in an ethics submission made last year. “[I] feel a strong responsibility that it’s not just to make a first, but also to make it an example,” He later said of his controversial experiment. "Some people said we shook the global gene-sequencing industry. Right. It's me. He Jiankui. I did it."Some experts are alleging that He is, in fact, more interested in making a “first” than an “example”. The CRISPRed twin girls, born a month before He decided to take his study to the press, raise concerns about He’s judgment and intentions. While one twin has successfully edited copies of the CCR5 gene, the other has both edited and unedited cells. The CCR5 gene, when completely knocked out or deleted (e.g., Twin #1), confers HIV resistance via blocked production of the CCR5 cell receptor that the virus uses to enter host cells1; by contrast, a “mosaic” resulting from incomplete editing of embryonic cells (e.g., Twin #2) is likely susceptible to HIV infection, but may have reduced risk of infection and severity of disease progression if infected. Amid a year of numerous high-profile publications citing unintended consequences of CRISPR-based editing (in June; in June; in July), He’s experiment seems to disregard the age-old ethical principle of risk-benefit analysis in human trials. Twin #2 is not only subject to risks of unknown magnitude and severity but faces those risks in exchange for comparably limited benefits. Previous embryonic CRISPR experiments targeted beta thalassemia and hypertrophic cardiomyopathy, inherited diseases that would have directly impacted the health of the babies, had the embryos been viable or implanted. By contrast, He chose a protective mutation. The vast majority of the human population has wild-type CCR5 and does not contract HIV. Furthermore, prevention of in utero HIV transmission can be easily managed with appropriate antiretroviral therapy2. While an experiment with direct life-saving or medically necessary benefits certainly would have still drawn criticism, it would have been more ethically defensible than He’s.While the global life science research community may increasingly view China as a "Wild East", three instances of “premature” experiments conducted by lone actors should not characterize the greater Chinese research community. Following the inaugural International Summit in 2015, the Chinese Academy of Sciences aligned with the U.S.’ National Academy and U.K.’s Royal Society, advising “public participation” and collective discussion prior to initiating any human germline modifications.International governance that explicitly outlines and enforces acceptable use of gene editing technology—especially in countries without legal bans of their own—is clearly of top global priority. However, governance must be informed and upheld by diverse perspectives that address potentially unethical scenarios in the context of informed discourse (i.e., “How can we achieve similar goals without compromising them?”) rather than outright denouncement and dismissal. Research organizations and individual scientists like He might be more reluctant to break the ice on high-stakes, ethically charged research if balanced, multi-stakeholder discussion and guidance on the global stage are preemptively made accessible to the scientific community and general public.Following He’s announcement, he was invited to speak at the International Summit, despite China’s silent withdrawal as a co-host of the meeting earlier this year. Contrary to He’s initial reports that suggested absence of any off-target edits in the twins, during this week’s talk at the summit, he disclosed observation of one unintended edit. The gravity of He’s unprecedented alteration of the human genome and his inclusion in the summit may end up catalyzing the establishment of formal regulation and invite representation of a contrarian perspective.Updates:Nov. 29, 2018 - As of Thursday morning, Chinese regulators have denounced and suspended He’s work. The Chinese Vice Minister of Science and Technology said of He’s work: “It’s flagrantly violated our national regulations and flagrantly broken the scientific world’s ethical bottom line…It’s shocking, unacceptable, and we firmly oppose it.”Jan. 21, 2019 - He has been "transferred to public security authorities" and will be "severely dealt with according to the law," according to the Chinese government. It is still unclear what legal charges will be brought against He and his collaborators.1 Alternative HIV infection pathways exist (e.g., CXCR4), but the delta-32 CCR5 deletion mutation is associated with high rates of immunity to cell infection.2 All 8 couples selected for He’s study had HIV-positive fathers and HIV-negative mothers. While He cites in utero HIV transmission in defense of his experiment, clinically established alternatives (i.e., antiretroviral therapy) exist that offer equal, if not greater, protection against HIV with fewer unknown risks.

Chris Lew is an Associate at DeciBio interested in innovative genomic and health technologies and their impact on population health. He has experience developing go-to-market strategies, evaluating life science market and technology opportunities, and supporting commercial due diligence for companies in the NGS, CRISPR, immuno-oncology, and R&D and clinical decision support spaces. Connect with him on LinkedIn.