Q&A with Stephanie Campbell – Co-Founder of the Artemis Fund 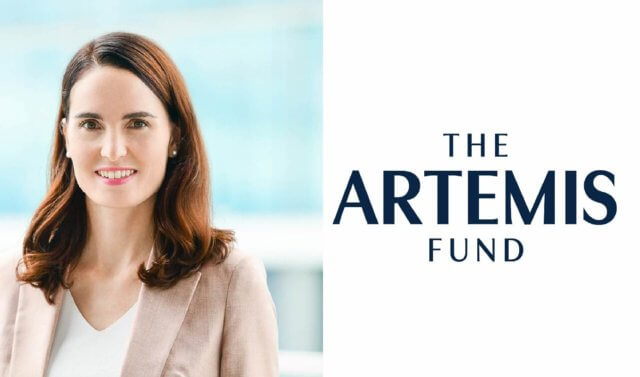 DeciBio’s Women in Consulting group is continuing an initiative to interview women in positions of leadership. In continuation of this series, I had the opportunity to speak with Stephanie Campbell about her experiences as a co-founder of The Artemis Fund. The Artemis Fund is a venture capital (VC) firm that invests in tech-enabled, female-founded companies. Our conversation focused on the gap in VC funding for female-founded companies. You can find a transcript of our conversation below.

Stephanie Campbell, is a Managing Director of the Houston Angel Network and the Chair of Houston Exponential’s Investment Committee. Her expertise is in sourcing and vetting companies and their founders. Her experiences on Capitol Hill and in venture have driven her to change the paradigm in early-stage funding.

Thank you so much for taking the time to speak with me today! I would love to hear a bit more about your background and your journey to cofound the Artemis Fund.

I was born and raised in Alabama. I graduated from Springhill College in Political Science and moved to DC in 2010. I was a lobbyist for about five years for clients including cities and counties in Southern California on issues of transportation, infrastructure, healthcare, education, and public housing. In 2015, I decided to get an MBA. Rice University gave me an incredible scholarship, and so I moved to Houston in 2015. There, I fell in love with what was happening in the tech community. During my MBA, I interned with the Houston Angel Network, starting with leading their life sciences group, actually sourcing deals, reviewing deals, and presenting them internally to members for potential investment. I continued to volunteer my time after my MBA course had ended, and in 2018, I became Managing Director of the Houston Angel Network (HAN). During my tenure, we have doubled membership, diversified the group, and even through COVID, we’ve continued to grow. I think there’s a ton of interest in investing in alternative and private assets. HAN is a great place to get started if you’re an early-stage angel investor. At the same time, I met my co-founders of The Artemis Fund, Diana Murakhovskaya and Leslie Goldman, through the HAN. Diana was a member who had recently moved from New York City where she launched an accelerator for female founders called Monarq. Leslie Goldman was an angel investor herself with 45 deals and 12 funds. We came together around a passion for seeing more women get activated in venture and seeing more female founders funded. We quickly found that many people we knew were interested in investing in venture but had never been asked to invest or lacked education on the asset class. We started hosting dinners and educating our network about the asset class and realized that there was a need for a fund to make a bigger impact on the funding available for female founders in Houston and beyond. We launched The Artemis Fund in 2019 and we closed our first $15 million fund in May 2021.

Congratulations! That is a huge accomplishment. For our readers who aren’t familiar with Artemis Fund, could you please share a bit about your mission in general?

The mission of The Artemis Fund is to back the best female founders in the U.S. More specifically, our thesis is around tech-enabled businesses that help people build wealth and care for their families and communities more sustainably. We lead seed rounds with $500,000 checks, typically in a $1 to $2 million round. We believe in building trusting relationships early with founders and providing value where we can through access to our network of customers and co-investors.

The Harvard Business Review, as I’m sure you know, stated that female founders actually received only 2.3% of VC funding in 2020. What is your perspective on what is driving this statistic?

It is lack of access to capital and networks and mentorship for female founders in VC.

Women have not, traditionally, had the networks and access to VCs because they have been dominated by male founders and VC partners. There is more attention on gender and racial diversity and the power that diversity brings to growing businesses. VC had an incredible year last year despite the pandemic, but funding for female founders dipped to its lowest levels in the last three years. VCs went back to their known and trusted networks, which are just not full of women like with The Artemis Fund.

Why do you think that this statistic worsened over the period of 2019 to 2020? There was a podcast, also by the Harvard Business Review, where they contributed some of this worsening towards the “startup boom” that occurred in 2020. The decrease in funding for female-founded companies may have been because investors fell back onto old habits. Do you agree or disagree with that explanation?

Totally. The first—when COVID hit—thing that VCs did was focus on their current portfolio. Is their current portfolio going to survive? Will it make it through? Then they had to overcome the obstacle of sourcing and meeting founders over Zoom. What they did was go back to their trusted networks—people they’d already met that were already in their network, which was not women.

COVID hit women really hard. If there are two people working in the household, both working from home, and the kids are home, what tends to happen is the woman takes over a lot of the family and care responsibilities. Women lost or left jobs at four times the rate of men last year. They took a backseat and weren’t able to take on maybe that dream of starting a business or had to cut back on work to care for children.

We are finding a lot of interest in solving this problem with tech and services. I think we will see some really interesting future of work and care tech come out of what women faced in COVID.

In the wake of COVID, do you expect there to be an increase, maybe even a surge, in the number of female-founded companies, especially if there’s this new ability to work remotely and therefore, to take care of kids while working and even starting a company?

I don’t think there’s ever been a lack of female founders. I think that all male VCs have a sourcing problem because their partners, associates, and analysts all look alike, went to the same schools, and have similar networks, which doesn’t produce diverse deal flow.

I think what you’ll see is more funds investing in women and underrepresented groups, because firms are starting to build out the sourcing networks by hiring female associates, female partners, and racially diverse partners that have a different perspective on problems and markets. It will take time but it will change.

At the Artemis Fund, does having a VC firm comprised of all female partners change your outlook and your operations as a whole? Assuming that it does, in what ways?

We all have totally different backgrounds and experiences. The one thing about us is that we really complement each other. We can definitely duke it out in terms of a deal. We can all come back and be super collaborative. I have an MBA, my other co-founder is an engineer, and one’s a lawyer. We look at 3,000 deals a year. We looked at 500 in the first three months of this year already, because we’re building those networks for women.

It is important to note that our advisors and investors include some incredible men. Supporting female founders is not just women’s work.

I think so much of perspective comes from mentorship and the people that we’re surrounded by, especially when we’re younger. My dad always pushed me to excel in whatever area I wanted to do and always told me that I could. This has had a profound effect on the way that I perceive my future abilities and future career. Do you find that women are encouraged or starting their own companies, and either way, does this drive or discourage them?

I don’t know if I can speak to whether women are generally encouraged or discouraged. I hope that every father does that for their sons and daughters. You are incredibly lucky, not everyone has that support in the home whether you are a man or a woman.

As a last question, what advice would you give to any woman with dreams of becoming a female founder? 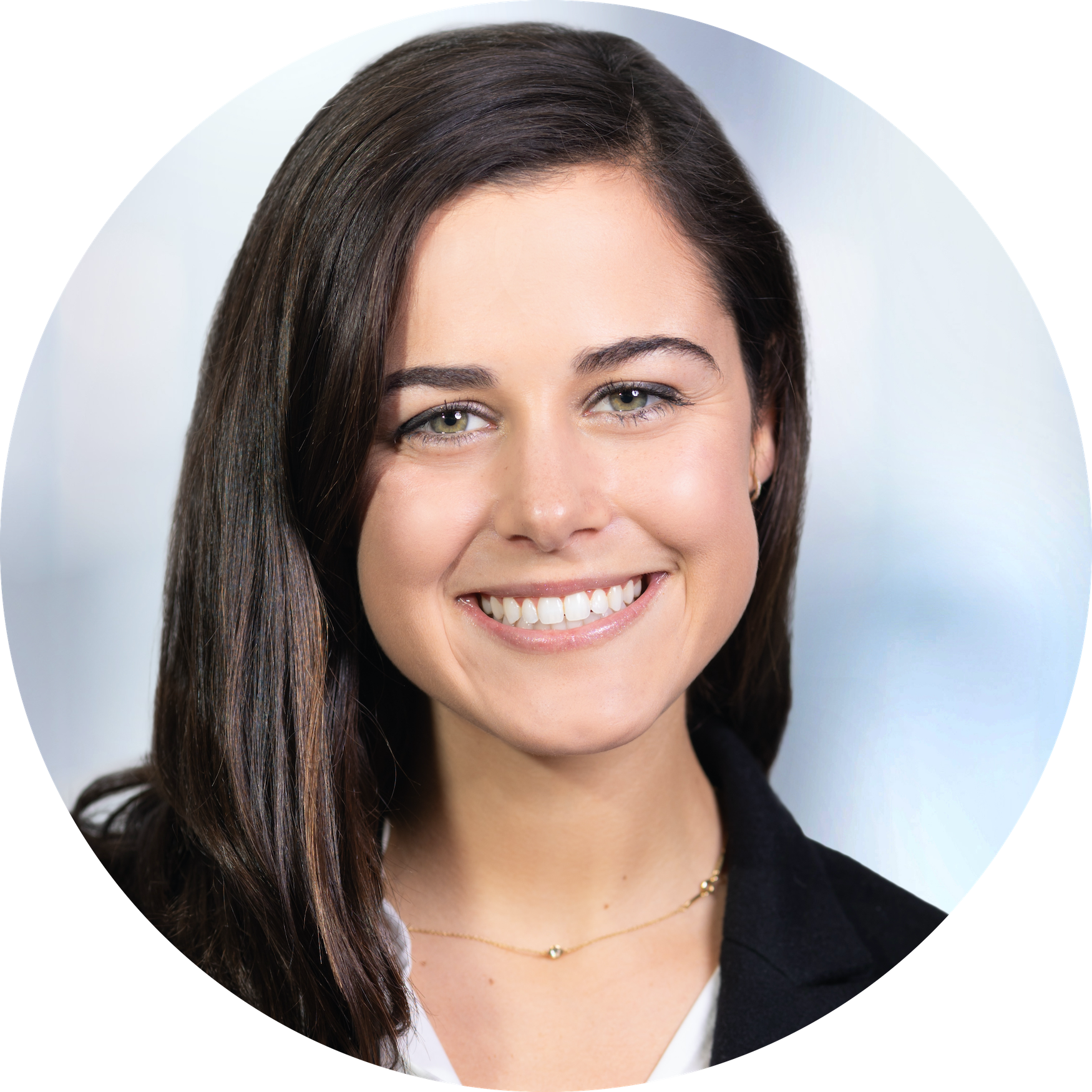 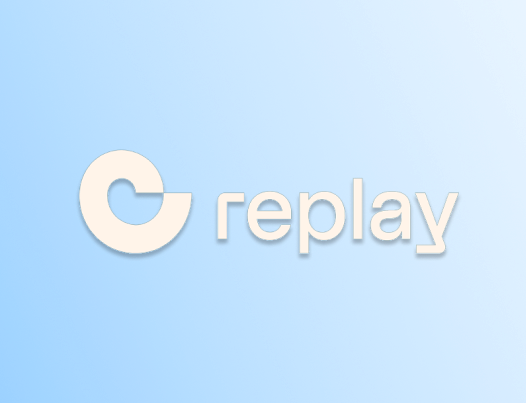 Check out our latest feature on PE insider about recent news regarding DeciBio Ventures.
August 1, 2022

DeciBio Ventures invested in the seed funding round for Replay. KKR & Co. Inc. and OMX Ventures led this funding round, which totaled $55 million.
July 25, 2022 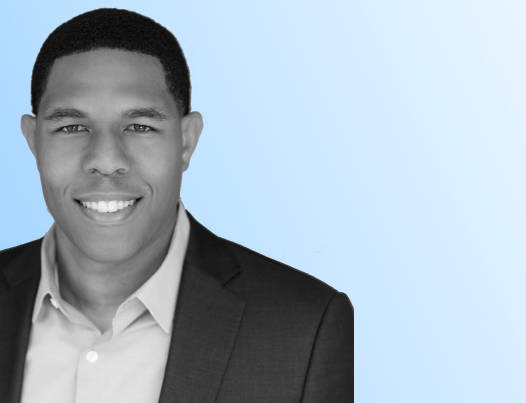 DeciBio Consulting adds Miguel Edwards, Ph.D., as a Partner and Head of its Bay Area Office 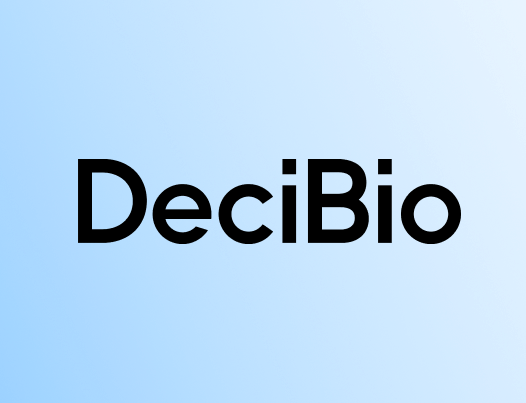 DeciBio Ventures aims to invest in start-ups across both tools and therapeutics
December 15, 2021
View All Insights
Thank you! Your submission has been received!
Oops! Something went wrong while submitting the form.