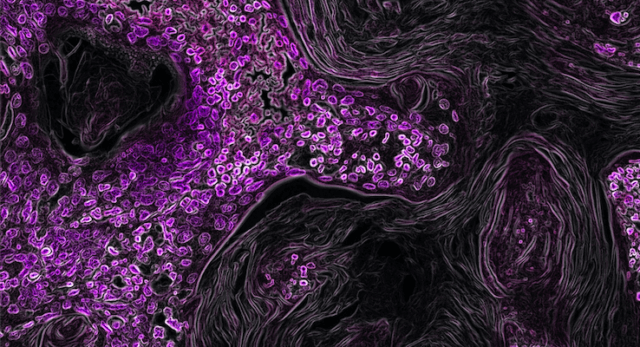 2019 was a big year for the spatial omics market—we saw a number of long-awaited commercial launches and new product offerings, among other exciting news in the field. This blog will discuss news from select competitors in the space, focusing on systems capable of 20+ plex. Previously, we published an overview of highly-multiplexed tissue imaging technologies ranging from early-stage companies like ReadCoor, a FISSEQ-based technology developed by the Church Lab at Harvard, through established players like Fluidigm. If you’re not familiar with the spatial omics technologies offered by these companies, you can find technology overviews for each of them in that blog post.

The Hyperion, Fluidigm’s imaging mass cytometry (IMC) system that attaches onto the Fluidigm Helios, received new panel kits in 2019. Fluidigm added three immuno-oncology (IO) panels for use with the Hyperion. These kits included one 9-plex kit for tumor-infiltrating lymphocytes, a 6-plex tissue architecture panel, and a 5-plex kit for immune activation. An additional fourth 18-plex panel, which combines these three, was also launched. These added offerings from Fluidigm highlight the increasing importance of immuno-oncology and the tumor microenvironment (TME) for multiplexed spatial omics systems, and the importance of these tools for growing those fields. Currently, more than 90% of Hyperion publications come from academic institutions, all focusing on immune-oncology and the TME. The company now offers more than 100 pathologist-verified antibodies for the Hyperion system as of December 2019 and ended the year on a high note with a 38% increase in share price that month. Fluidigm also filed a lawsuit against IONpath for alleged patent infringement this year. More on this lawsuit can be found below.

While the MIBIscope was in development, IONpath operated a send-out service for pharmaceutical companies to test out the new technology. Because of this limited run of testing, there was minimal public data on results from the MIBIscope. This, however, is set to change with the full launch of the platform this past November. In addition to the full launch of the MIBIscope, IONpath established an agreement with Indica Labs in April to jointly promote their technologies for multiplexed biomarker research.

On September 6, 2019, Fluidigm filed a lawsuit against IONpath for alleged infringement of two patents for the Hyperion imaging mass cytometry system (US Patent Nos. 10,180,38, 10,072,104, and the respective patent families around them). The lawsuit is centered around the development of the IONpath MIBIscope platform by multiple scientific consultants to Fluidigm while they were still under contract with Fluidigm and the alleged patent infringement of both the MIBIscope and the MIBItag Conjugation kits.Fluidigm is currently the only established player in the ultra-high-plex tissue imaging market for proteomics, and IONpath is expected to be the only major competitor—both Akoya Biosciences (interestingly, also co-founded by one of the co-founders of IONpath and scientific consultant to Fluidigm) and Miltenyi Biotec, which offer high-plex imaging solutions, do not appear to have gained a lot of traction currently. If IONpath is found to have infringed on Fluidigm’s patents, this could lead to Fluidigm being the only instrument provider for this segment of the market, and if IONpath is found to have not infringed on any of Fluidigm’s patents, Fluidigm could find IONpath as a formidable competitor for a startup with limited sales channels. On paper, the MIBIscope appears to have improved on most of the Hyperion’s technical specifications, but, as mentioned previously, minimal real-world data on the technology is available.Both technologies target basic and early-stage research at core facilities and biopharmaceutical companies due to the large capital investment, high operating costs, and complexity of these instruments. Use of these technologies in clinical settings is expected to be limited in the foreseeable future for these reasons, and due to the difficulty associated with analyzing ~40 plex images. A comparison of the two technologies can be found below. Consumers and industry insiders alike will watch this trial’s proceedings with great interest, as the outcome of this lawsuit could have far-reaching effects on this market.

The launch of the Visium Spatial Gene Expression Platform from 10x Genomics was announced this past fall with an anticipated ship date towards the end of November 2019. The platform is an improvement over the Spatial Transcriptomics platform the company acquired in 2018 and is now the only platform available currently capable of detecting the whole transcriptome in tissue samples (the Nanostring GeoMx DSP is expected to introduce this sometime in the next 1-2 years). The Visium platform has limited resolution to the 55-micron dots utilized to capture RNA in comparison to the GeoMx DSP’s user-defined regions of interest (from 600 microns up to single-cell resolution) but comes at a significantly lower cost and utilizes pre-existing laboratory equipment. We believe the 10x Genomics Visium platform will see wider use across individual labs than other spatial omics platforms, while more expensive systems, like the GeoMx DSP or Hyperion, will largely be utilized in core facilities and by biopharmaceutical companies for early stage research.

Shortly after the announcement of the Visium Spatial Gene Expression Platform from 10x Genomics, the Science for Life Laboratory in Sweden (SciLifeLab)—the group who developed the original Spatial Transcriptomics technology—and the Broad Institute collaborated with Illumina to publish a method called “high-definition spatial transcriptomics” (HDST). The paper, published in Nature Methods, highlighted a resolution of 2 microns, which, while lower than Fluidigm or IONpath’s offerings, is at a significantly higher resolution than Visium’s 55-micron dots. The method is able to obtain this level of resolution using Illumina’s barcoded bead array technology. It has been noted that the HDST method is part of the patent family which was acquired by 10x Genomics when the company bought Spatial Transcriptomics in 2018, and this could be a technology utilized in further updates to the Visium platform if HDST is commercialized. The direct involvement of Illumina’s senior VP and CTO, Mostafa Ronaghi, does highlight the growing interest in spatial omics, and increasing involvement from genomics juggernauts like Illumina could drive the market’s growth and expansion.

At AACR in March, NanoString launched the highly anticipated GeoMx Digital Spatial Profiler (DSP) after making the platform available for early access in 2018. At the conference, 70 abstracts showcased NanoString’s platforms, and 13 of these utilized the GeoMx DSP. After AACR, NanoString quickly began announcing partnerships with a number of other companies. In March, they also partnered with Bio-Techne to co-develop a combined workflow which utilizes Bio-Techne’s RNAscope technology from Advanced Cell Diagnostics (ACD) with GeoMx DSP RNA assays. Then, in April, Abcam and NanoString partnered to expand the menu of antibodies for the GeoMx DSP and the company also entered a co-marketing agreement with Leica Biosystems for the GeoMx DSP and Leica’s BOND RX platforms for spatial analysis. And in July, the company joined forces with Mayo Clinic Laboratories to develop novel assays for detecting breast cancer and leukemia using the GeoMx DSP and nCounter systems. Towards the end of the year, in December, Veracyte obtained exclusive global rights to develop and commercialize diagnostic tests on the nCounter system for $40 million in cash and $10 million in Veracyte common stock, with an additional $10 million in cash contingent on the commercial launch of diagnostic tests. This move was highlighted as an opportunity for “…Nanostring to focus our energy and resources on the significant growth opportunities in our life sciences business, especially the commercialization of our GeoMx Digital Spatial Profiler” by Brad Gray, NanoString’s CEO, and signaled the deprioritization of clinical and diagnostics for the company.The launch of the much-anticipated GeoMx DSP has led to a big year for NanoString. By the end of March, more than 40 orders for the new $295k instrument had been placed, and the growth in NanoString’s Q1 revenue (18% year over year) was partially attributed to the anticipation of the product’s launch at the end of the quarter. Growth in Q2 revenue (21% year over year) was similarly attributed to the excitement around the GeoMx with an additional 15 orders and the ongoing demand for the GeoMx Technology Access Program—service revenues experienced 43% growth between Q2 2018 and 2019. Q3’s growth (7% year over year) was driven by strong instrument placements with the first 10 GeoMx instruments being shipped out and the total number of GeoMx DSP orders reaching more than 70 for the first three quarters of 2019. With NanoString’s Q4 results coming in the next few months, we expect the company to finish out an impressive year with more growth driven by the new GeoMx platform.

Akoya Biosciences launched the CODEX (co-detection by indexing) system, in March. The instrument is a complementary addition to the company's existing commercialized Phenoptics portfolio, which was acquired from PerkinElmer in 2018 and is a mainstay for clinical spatial analysis. Only a handful of publications have been released utilizing the platform, but users—such as the NIH, Stanford, and Vanderbilt—have been actively presenting data from the platform. The technology has generated excitement from potential researchers and was named as the one of The Scientist’s “2019 Top 10 Innovations”. The technology also generated some excitement with investors, as Akoya was able to obtain an additional $50M in fundraising toward the end of 2019 to further support the commercial expansion and development of the company’s spatial biology platforms.

Miltenyi Biotec also launched their multiplex platform, the MACSima, in March. Imaging data from the platform has been relatively limited due to the recent launch and we expect a number of publications to come in 2020 from the system. The MACSima has gained a handful of early adopters since the launch. We are watching the system closely to see how the instrument will perform in customers’ hands when publications roll out this year.With the large number of product rollouts in 2019, we expect there to be rapid growth in the number of spatial omics publications in 2020 as researchers and labs are able to get their hands on the new technologies across the market, despite the slowed growth in publications between 2018 and 2019 (~10% growth, compared to ~50% CAGR between 2014 and 2019). To learn more about the immuno-oncology biomarkers driving the development of these spatial omics technologies, check out our I/O BioMAP.PMC Searches:Fluidigm publications: ((Fluidigm AND Hyperion) OR (Fluidigm AND (“imaging mass cytometry” OR imc)))Highly-multiplexed: (akoya AND codex) OR “co-detection by indexing” OR “codetection by indexing” OR cycif OR “t-cycif” OR (nanostring AND dsp) OR “digital spatial profiling” OR (nanostring AND geomx) OR (geomx AND dsp) OR fisseq OR “fluorescent in situ sequencing” OR readcoor OR “imaging mass cytometry” OR (fluidigm AND imc) OR (fluidigm AND hyperion) OR macsima OR (ionpath AND mibi) OR “multiplex ion beam imaging” OR mibiscope OR “spatial transcriptomics”

Max Jorgensen is a Sr. Analyst at DeciBio with a background in neuroscience and data analysis. At DeciBio, Max manages our Marketbooks data product and has been involved with projects spread across life science research tools and diagnostics. Connect with him on LinkedIn.Disclaimer: Companies listed above may be DeciBio clients and/or customers 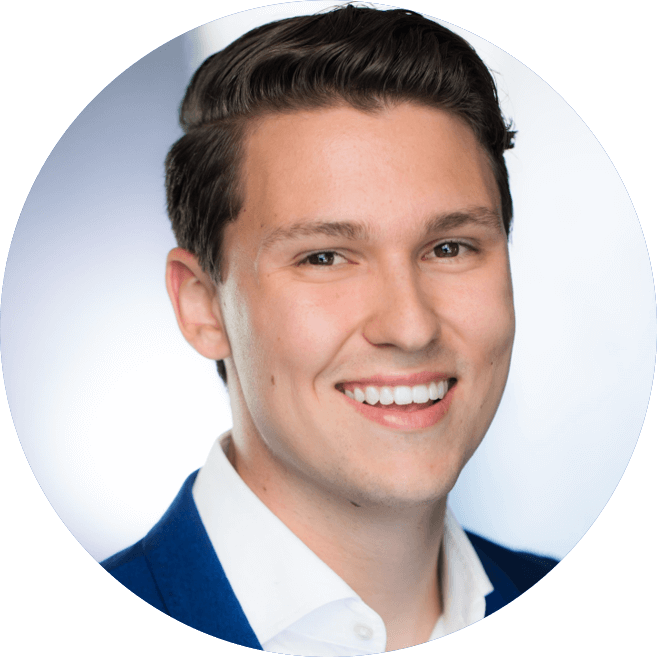 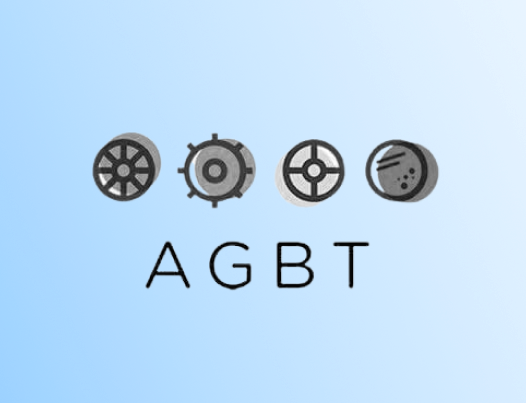 The level of new announcements and innovation was one of the most impressive in recent memory and appeared non-linear compared to previous years.
June 10, 2022 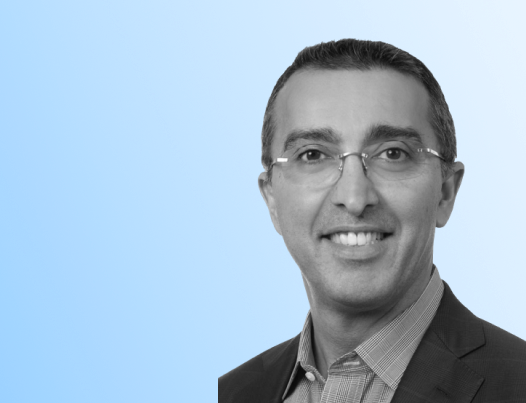 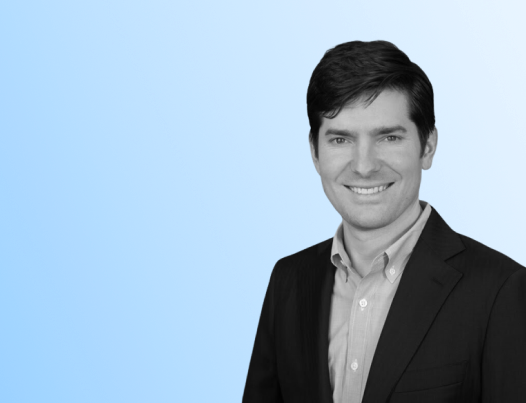 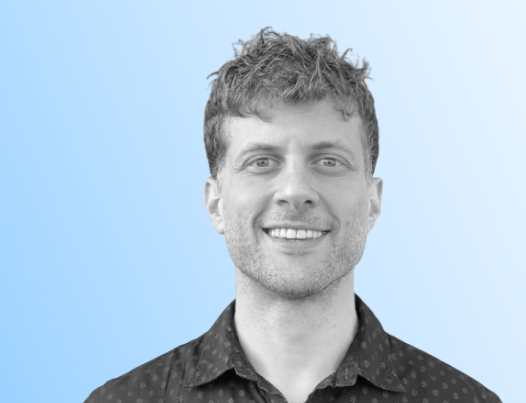